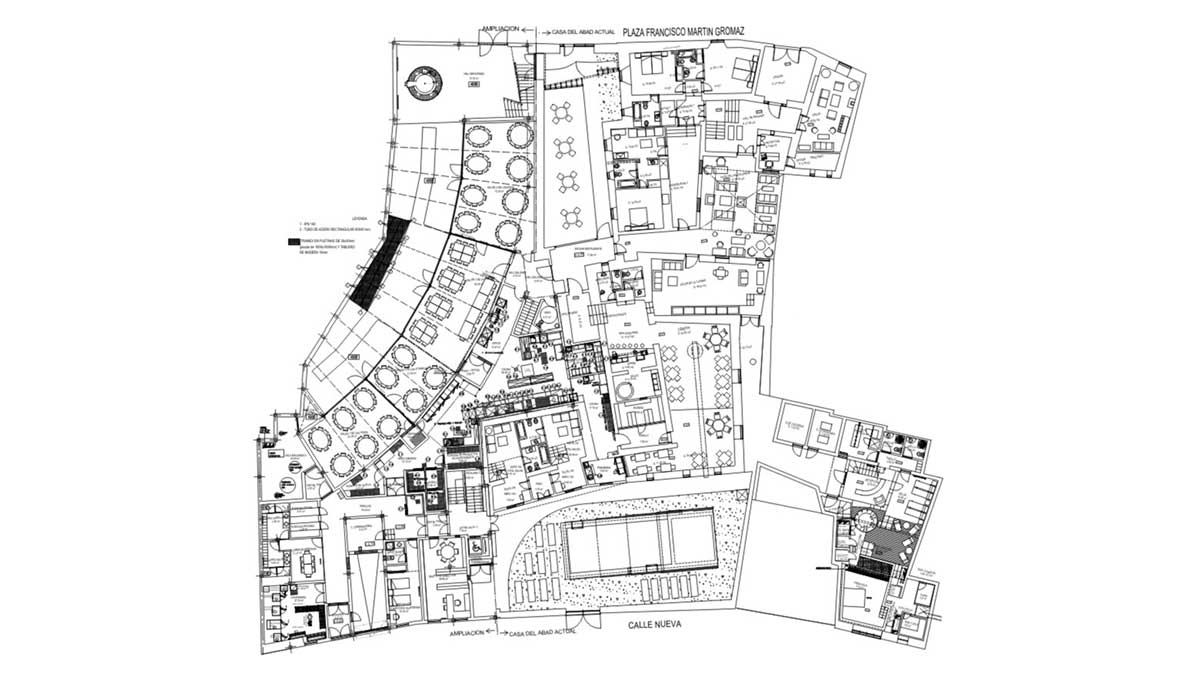 It is one of the most emblematic buildings in the town of Ampudia for its history and its stately bearing. Originally it was the residence of the Abbot of the Collegiate Church of San Miguel, who was addressed by Don Diego García de Tovar, notary of Madrid and later of Ampudia and brother of the Chantre of the Collegiate Church, Don Francisco García de Tovar, at the end of the 18th century.

The materials used in its construction are the classics of the area: stone in the baseboards and entrance gate, large walls of adobe and stone, slabs composed of beams, joists and wooden flooring with lower plaster plaster and vaults of layers of rasilla seized with plaster.

The ironwork and ironwork on the balconies, as well as on many of the doors inside the house and the portal, are original from the 17th century.

Due to its Integral protection within the Catalog of Protected Assets of the Villa de Ampudia, the building has been totally rehabilitated maintaining practically in its integrity all the singular distribution of the building, trying to combine the original atmosphere with a very careful interior design, made by one of the four brothers who own the hotel, the architect Ángel García Puertas, who contrasts and includes a multitude of contemporary details without collision.